HSA reaction to the G7 Leaders’ Communiqué, Elmau, 28 June 2022, on the adoption of an ambitious high seas Treaty in 2022

This Press Release is available in French, German and Portugese.

The G7 leaders’ commitment follows strong statements expressed in the communiques’ of G7 foreign affairs ministers and climate, energy and environment ministers, which recognize the Treaty’s contribution to global environmental goals, including to conserve or protect at least 30 % of the global ocean by 2030, including through highly and fully protected marine areas in areas beyond national jurisdiction.

It is encouraging to see the leaders of Germany, Japan, UK, Italy, Canada, France and the United States committing to an ambitious high seas treaty this year. It is now critical that these high level pledges are matched with significant improvements in governments’ negotiating positions so that the treaty delivers the ocean protection our blue planet desperately needs.

Since discussions at the United Nations first began on conserving biodiversity beyond national jurisdiction (BBNJ) nearly two decades ago, the climate and biodiversity crises have dramatically worsened, with dire consequences for the ocean and those who depend on it for food, jobs and cultural sustenance. Only 1% of the high seas is currently highly and fully protected while human activities, including fishing, mining and pollution continue to push the ocean to the brink. The High Seas Treaty presents a once in a generation opportunity to  achieve the transformative change needed for our global commons. But it has to move ocean governance beyond the status quo by concluding an ambitious treaty with powers to truly protect the ocean and prohibit destructive activities, not leave protection to existing bodies which have fueled the global ocean crisis.

“The G7 Leaders’ communique’ commitment comes during the UN Ocean Conference in Lisbon and just two months before what we hope will be a final negotiating session at UN headquarters in August.  We call on more global leaders to demonstrate leadership for the ocean by committing to concluding  a strong treaty by the end of 2022” said Peggy Kalas, director of High Seas Alliance.

The 5th and final negotiating session for a high seas treaty for biodiversity in areas beyond national jurisdiction (BBNJ) is taking place 15-26 August, 2022 – this is the last scheduled meeting where global nations will come together to decide the fate of the oceans for many decades ahead.

Notes for the Editor

The HSA calls on G7 leaders to continue to champion an ambitious treaty in 2022 at the highest political level and to mandate their negotiation teams to arrive ready to finalize and adopt a transformative high seas treaty which: 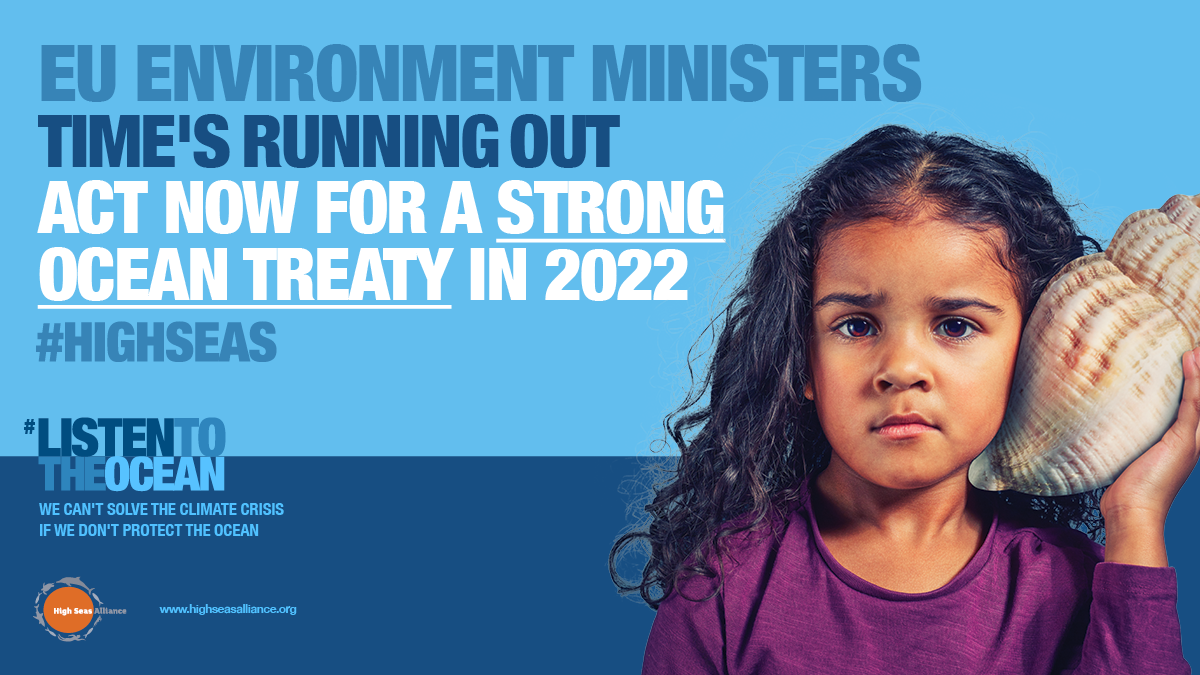 News
Time is Running Out for the High Seas
The EU Environment Ministers are meeting on the 28th June, 2022 - help tell EU leaders they need to act for a strong treaty....