The Treaty Tracker provides views and analysis that will enable you to follow the negotiations and access the perspective of the Alliance and its members.

UN delegates arrived at IGC3 prepared and ready to make progress and engage in text-based negotiations for the first time.The two weeks were allocated across an initial Plenary, Informal Working... Read More

Not enough ambition, not enough urgency

By Greenpeace International –The Global Ocean Treaty under negotiation provides a unique opportunity to turn the tide for our ocean by enabling the creation of a global network of fully... Read More

Reflections on Week 2 of IGC3

Liz Karan, urges delegates to remember why the IGC High Seas treaty negotiations are so important and asks them to commit to making transformational change to protect marine biodiversity on... Read More

The morning session was devoted to a Working Group on ABMTs, Articles 16-18.  Facilitators are focussing on articles that require significant attention or having the most outstanding issues. The session... Read More

IGC3 is the first time in this process that delegates have engaged in text-based negotiations, and negotiators are going through the draft text, article by article, seeking agreement and compromise. ... Read More

Sofia Tsenikli, Senior strategist for Greenpeace gives us an update on the opening statements delivered by Member States during the first day of negotiations. Countries welcomed draft text from the President.... Read More

Javier Bardem is on board. Are you? Greenpeace side event during IGC3. link to Statement from Javier Bardem, 19th August... Read More

UN treaty negotiations to conserve and protect nearly two thirds of the ocean re-convene today (19 August 2019), in what is widely regarded as the greatest opportunity in a generation... Read More

Closing Remarks - May the Albatross guide us into IGC3

On the closing day of negotiations towards a high seas treaty, the EU called for transparency in the ongoing process, specifically stating that civil society should remain involved regardless of... Read More

Yesterday we dealt with cross cutting issues which are applicable to the entire agreement such as dispute resolution, structure and function of the clearing-house mechanism, definitions and principles.The HSA intervened... Read More

The morning was taken up with a frustrating lack of ambition by some larger states around capacity building and tech transfer - CBTT. Developing states consistently stressed the importance of... Read More

Round up of Day 1, Week 2 – Environmental Impact Assessment Working Group

The day was a rapid-fire discussion on Environmental Impact Assessments (EIAs), starting with a discussion on what EIAs need to include.The High Seas Alliance (HSA) suggested a single paragraph to... Read More

4.4. IMPLEMENTATIONGreenpeace is delivering this statement on behalf of the High Seas Alliance.For 4.4, we support Option I, like the G77, the African Group, the EU, PSIDs, Latin American Like... Read More

ABMT interventionPew on behalf of the High Seas AllianceMeasures Such as Area Based Management Tools including Marine Protected AreasIntervention Day 5 IGC2 29 March 2019Agenda Item 64.2 Relationship to measures under... Read More

HSA reflection on the ABMT Discussion

The main focus of discussion today was the process for the designation of ABMTs including MPAs, with the majority supporting actually having a process, which is a good start.There was... Read More

Agenda Item 64.3.2 Designation ProcessThank you Madam Facilitator –We will focus our intervention on the designation process for MPAs specifically.With only a fraction of oceans under protection in areas beyond... Read More

THE PROCESS NOWIn advance of the second round of negotiations (IGC2),  President Rena Lee released the Aid to Negotiation. This is not formal or ‘zero draft’ text for a treaty... Read More

HSA reflection on the MGR discussion 27.3.19

HSA REFLECTION ON THE MGR DISCUSSION 27.3.19In the scope discussion on MGRs, a number of countries argued that fisheries are outside the scope of the Agreement. The HSA intervened to... Read More

Blog: Off to a good start: Duncan Currie, legal advisor to the High Seas Alliance

IGC2 started with general statements by States expressing real concern that the ocean is in a serious condition and that something has to be done urgently to address this.There was... Read More

Update on the Treaty Tracker Proceedings and coverage

THE PROCESS NOWIn advance of the second round of negotiations (IGC2),  President Rena Lee released the Aid to Negotiation. This is not formal or ‘zero draft’ text for a treaty... Read More

I deliver these remarks on behalf of the High Seas Alliance and our over 40 member NGOs actively working for a healthy Ocean.We commend you, your team and DOALOS for... Read More

New Video: We Are Off To A Great Start, But Time Is Of The Essence

Duncan Currie, legal advisor to the High Seas Alliance gives us an update on the opening statements delivered by Member States during the first day of negotiations. Countries expressed real... Read More

Treaty negotiations to conserve and protect nearly two-thirds of the ocean reconvene today at the United Nations (UN) with countries set to begin work towards a first draft text over... Read More

The main business of the first meeting of the Intergovernmental Conference (IGC) concluded with applause on Friday, September 14 and closing remarks by the President of the Conference Ambassador Rena... Read More

What is a Marine Genetic Resource?

Harriet Harden-Davies, Neureus Research Fellow at University of Wollogong, sits down with us to explain what Marine Genetic Resources are and why it’s one of the main elements of this... Read More

The Treaty Tracker went live last week, and as with any endeavour, there is a learning curve.Our process involves using a primary and secondary note taker, a synthesizer and then... Read More

What is a zero draft?

Peggy Kalas, coordinator of the High Seas Alliance, give us an update on the agenda for the next few days and explains the importance of moving into negotiations around a... Read More

Lisa Speer, Director of International Oceans Program at NRDC, dives deeper into Environmental Impact Assessments and why they are important to ensuring the proper protection of the ocean.If you'd like to... Read More

High Seas Alliance: Environmental Impact Assessments11 September 2018Cluster 5.4, 5.5, 5.6Thank you Mr Facilitator. I will be brief and skip sections including some already addressed by other delegations, and our... Read More

What to expect in week 2

Liz Karan, senior manager of high seas at The Pew Charitable Trusts, tells us what we can expect in the week ahead.... Read More

Day one of week two at the IGC was taken up with Area Based Management Tools (ABMTs) including Marine Protected Areas (MPAs) and Environmental Impact Assessments (EIAs).The sessions were held... Read More

Brief written intervention for Greenpeace on behalf of High Seas Alliance; not given verbally due to session running out of timeAlign with G77 + China, the EU, African Group, PSIDS,... Read More

Update after the first week of negotiations

There has been a great buzz during week one of the UN high seas biodiversity treaty negotiations. Duncan Currie, legal advisor to the High Seas Alliance, gives us an update so... Read More

Duncan Currie, legal advisor for the HSA, tells us that States are talking about MPAs and the need to create MPAs during negotiations for a new UN high sea treaty.﻿Matthew... Read More

Putting words on paper – the importance of a zero draft

A key outcome for the HSA and its members is that we see a move to produce a Zero Draft during this IGC. Essentially this means draft text for a... Read More

The High Seas Alliance is speaking on behalf of 40 NGO members and collectively represents the people around the world. We support a 2020 deadline for a new instrument. We... Read More 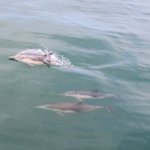 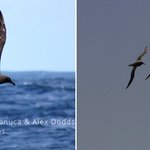