The main business of the first meeting of the Intergovernmental Conference (IGC) concluded with applause on Friday, September 14 and closing remarks by the President of the Conference Ambassador Rena Lee of Singapore. There was a palpable sense of optimism in the room, as it was evident that there is a clear path towards a treaty to protect the high seas.

The President outlined how the journey to a treaty will progress between now and the next IGC, which is tentatively scheduled for the end of March/early April 2019.

Although the meeting reconvened for formal administrative business today (Monday 17th) the official negotiations are now over until next Spring and the President committed to spending the time in preparing initial draft treaty text.

The text will aim to capture where there is commonality, to provide a balanced response to what has been captured to date and to highlight the areas where more work is required.

Ambassador Lee committed to have this draft available by the 25th February 2019, but hinted that it may be ready by 5 February, in order that all delegations and civil society can consider it ahead of the second IGC.

The President offered some initial thoughts on how the second session might be approached, highlighting the need for discussion on cross-cutting issues that have not been touched upon during IGC1. These might include preambular elements, scope of application, financial resources and issues, compliance, responsibility and liability, review, and final clauses.

Her aim for IGC2 is to avoid the fine word-smithing which must inevitably come in time, but rather, to consider the text as a whole. This means translating options into substance to enable delegations to see the whole range under consideration and to identify what needs to be added, taken away or merged. In light of this, the President said that it may be possible for States to present text during IGC2 but would consider an efficient modality for doing this.

Members of the High Seas Alliance were pleased to have treaty text firmly on the agenda for IGC2 and you can watch their reactions below.

While the tracker will continue to highlight relevant occurrences between now and IGC2, it is primarily a platform for the negotiations.  You can continue to follow our work towards high seas protection in between IGC sessions, through the main website and on twitter.

The #ocean benefits everyone, but most of it doesn't belong to anyone. Check out @WWF's latest video: 'A new treaty to protect our ocean' today. https://t.co/wWnJnM3VAE #BBNJ #HighSeas #OneOceanOnePlanet 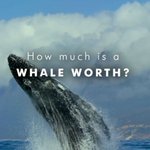 #IGC4 – the 4th and supposedly final UN intergovernmental conference to negotiate the new #HighSeas treaty – was originally scheduled for 23rd March-3rd April, but has been postponed to the 'earliest possible date' due to the global #COVID19 health crisis. #OneOceanOnePlanet